You are here: Home

Join us for our next meeting. (Cancelled – snow storm)

Our next meeting will be held on Thursday, February 27, 2020

NOTE:  This meeting is cancelled due to projected snow…  Next meeting will be March 26, 2020. Marc

March presentation will be made by Morley Verdier

No Admission for Guests and Guests are welcome!  Come and see what we are about.

Members: Prior to the meeting, the Orphan Brigade Chowder and Marching Society will meet at 5:45 for an early dinner. Each month an email is sent announcing the location. Contact Conrad Laplante for details prior to the meeting.

All members, future members and guests are invited to attend our meetings. 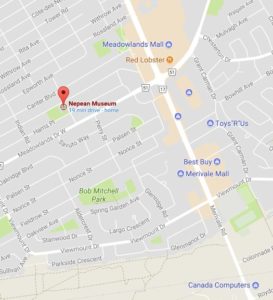 Mission:  To educate, preserve and remember the shared experience of Canadians in the American Civil War.

Membership in the Ottawa Civil War Round Table ensures that you will get regular updates on our activities as well as other Civil War-related activities of interest. Contact Conrad Laplante for details

There is a small annual membership fee of $25. (September dues are due!)

Join us and participate in this exciting opportunity to be a part of exploring the history of our nation to the south. Why are Canadians interested?

So why would a Canadian group be interested in the American Civil War?

One reason connects to an old thought that two of the most important episodes in Canadian history are the American Revolution and the American Civil War.

The American Revolution is important to Canadians, of course, notably because (a) we ended up harbouring the “Tories” (or Loyalists) who did a good deal to shape the country, and (b) because it meant we ended up living next to a young giant.

The reasons why the American Civil War is important to us are more subtle, but one is that the sudden expansion of U.S. armed strength, combined with the decline in Britain’s ability (or motivation) to defend its distant colonies, was a main motivation for our move to Confederation. Other reasons include our role in the last days of American slavery and our experience as the base for several Southern attacks on the North.

Beyond these special reasons, the American Civil War is of great interest to people who like history. It’s packed with drama—with despair and triumph and the ironies of war between former friends—often family members.

It also offers an extraordinary wealth of material on how history is formed: on the creation of myth, on trends in historical interpretation, on the gaps between belief and reality. Few episodes in history have been so thoroughly studied—and so often misinterpreted.

Because of these factors, and others, a small group of Civil War readers (by no means experts) meets monthly in Ottawa to share results of their readings, online searches and other explorations on the Civil War. Its sessions are low-key and informal, usually preceded by a meal in a neighbourhood pub. It tolerates and encourages a considerable range of views, and welcomes new members.